Plenty of Vermont’s historic buildings are exactly the traditional homes, churches, and meeting houses commonly associated with small New England towns. But as the state changed in the 20th century, its architecture did too. Now experts are looking more closely at structures that look nothing like what came before — and in some cases, look nothing like buildings anywhere else.

Paul Carnahan: This copy is a first edition of Asher Benjamin’s seminal work. It was published in 1806 in Boston… Images: Judy Hayward, Executive Director of Historic Windsor and the Preservation Education Institute, inside the Old South Church in Windsor.

Sarah Rooker from the Norwich Historical Society outside of a brick home designed by Allan Gelbin, one of Frank Lloyd Wright’s Taliesin apprentices. 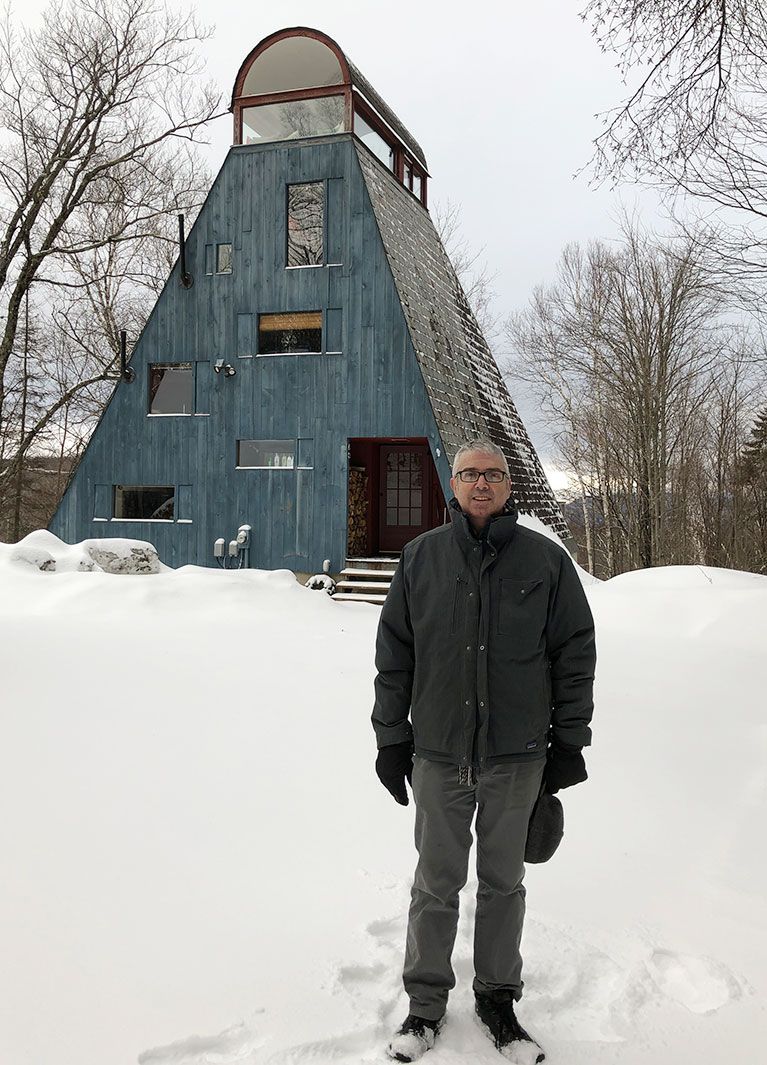 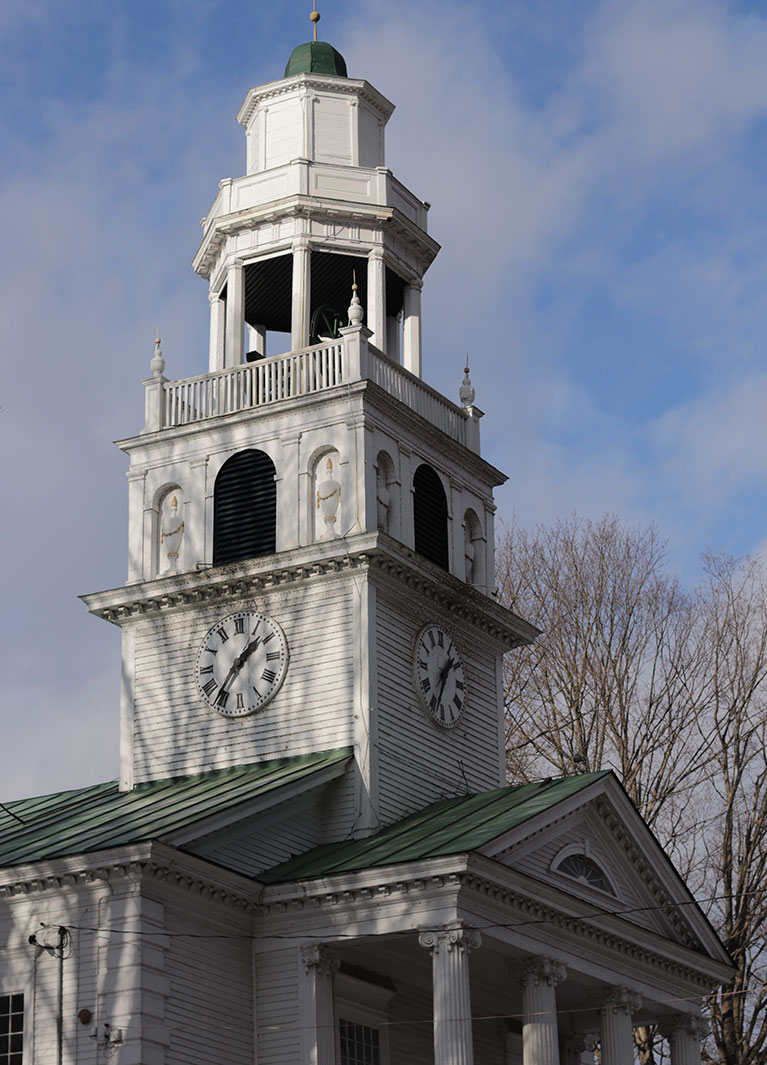 Images: The Old South Church in Windsor was designed and built by Asher Benjamin at the turn of the 19th century.

The Sibley House on Prickly Mountain. Norwich University professor Danny Sagan says that it “may be the best building in Vermont.”

The Dimetrodon is a towering, multi-roofed structure that looks both futuristic, and solidly from the 1970s. A bit like an album cover by the band Yes. [Sounds of walking on road]

We’re tromping around Prickly Mountain with Norwich University professor Danny Sagan. He’s showing us a number of innovative houses designed and built by a group of architects outside of Warren in the 1960s and 70s.

Danny: We’re basically looking at this sort of triangular, jagged spaceship. These guys were really off the map, which is all the more remarkable that this building is still here.

What do you imagine when someone says, “Vermont house?” Maybe a home from the Greek Revival era, built between 1830 and 1860. Two stories, with wood clapboard siding painted white. A front porch and a gable roof.

Devin Colman: Just very traditional. Kind of if you ask a kid to draw a house, that classic house form is what a lot of Vermont’s villages and towns have.

This is Devin Colman. He’s the state architectural historian at the Vermont Division for Historic Preservation.

Devin: But there are also some really great examples of mid-20th century modernist architecture around the state.

Before Your Time is presented by the Vermont Humanities Council, the Vermont Historical Society, and VTDigger. This episode was produced by Ryan Newswanger and Mike Dougherty. Thanks to our guests: Danny Sagan, Devin Colman, Judy Hayward, and Sarah Rooker. Thanks also to Vermont Public Radio and King Arthur Flour, for letting us use their studio in Norwich. Sounds from the Warren Fourth of July Parade came from Mad River Valley Public Access Television. Music is by Blue Dot Sessions, Chad Crouch, Asher Fulero, Michael Chapman & the Woodpiles.